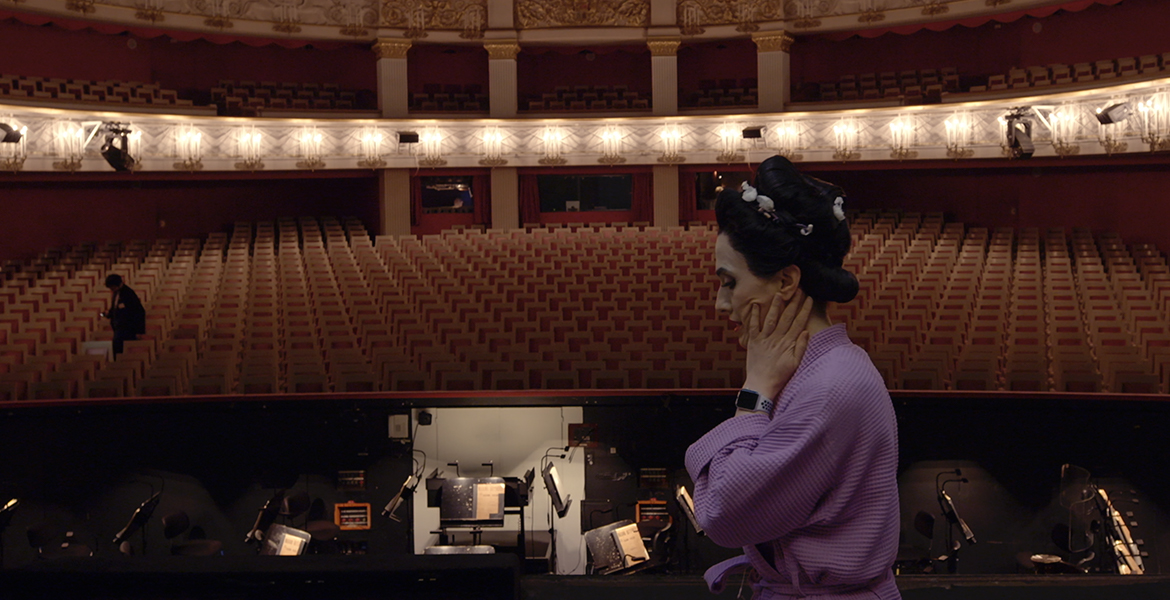 Opera nights can be thrilling – they can be boring. Sometimes they are life-changing. Anyone who saw Callas still talks about her today. And they are very very rare, but they still exist: singers who pierce our hearts. This film presents three of them, explores what they do, how they do it and what that does to us: Ermonela Jaho, Barbara Hannigan and Asmik Grigorian. Like Stanislavski, who used to spy on great actors in the hope of uncovering their secrets, we observe them: How do they spend the day before an opening night? What does their dressing room look like? What happens in the seconds before the entrance? The ladies open up as they rarely have before, revealing to us the blissful self-forgetfulness as well as the black abysses without which no great art is created. A film about three individual singers that transforms into a film about the heart of opera.

Musical highlights are: Ermonela Jaho as Violetta (La Traviata), Cio cio-san (Madama Butterfly) and Angelica (Suor Angelica, rehearsed and conducted by Kirill Petrenko). Asmik Grigorian as Salome, Iolanta and Tatyana (Eugene Onegin). Barbara Hannigan as Mélisande (Pelléas et Mélisande), Gerda (The Snow Queen), and as a soloist in songs by Satie and in Mahler's Fourth Symphony, which – in a world premiere – she sings and conducts at the same time.