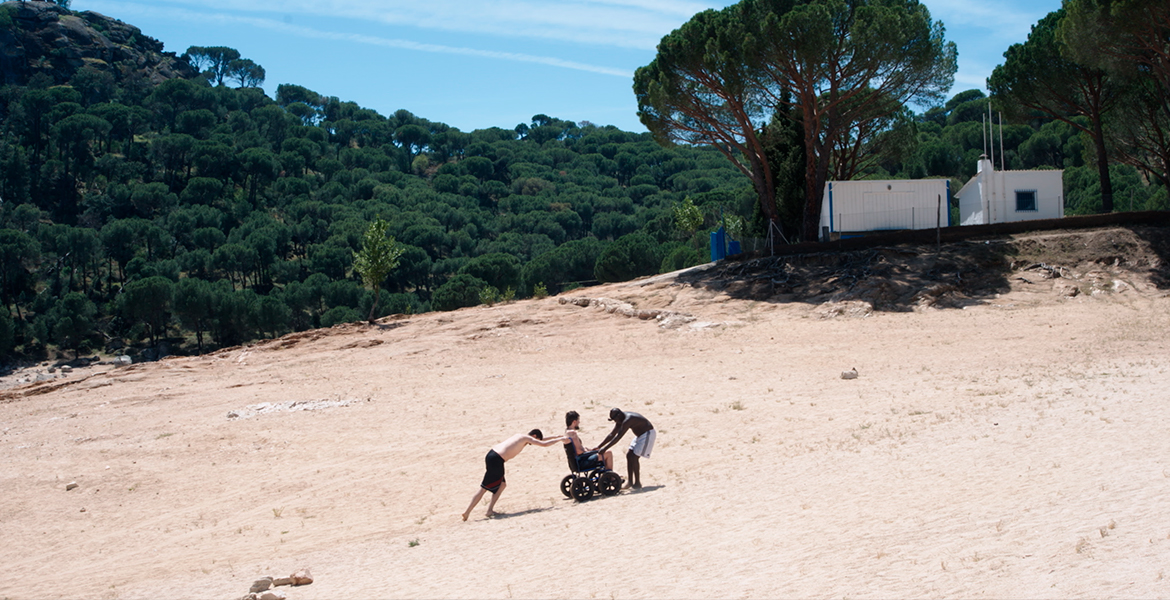 “You don't think you're going to die; and with ALS you know that you are going to die and that it will be sooner rather than later. You are very aware, very aware, that you have to take advantage of the situation".David Riaño, a CSIC researcher diagnosed with Amyotrophic Lateral Sclerosis (degenerative motor neuron disease), wants to fulfill his dream of traveling to Eastern Europe to bathe in its lakes. Adapting a van to live in it, and with the help of his caregivers Mbake (a Senegalese taxi driver) and Rubén (a tuno from Alcalá de Henares), David will try to make sense of his illness by doing what he has always liked to do: travel and float in Water.